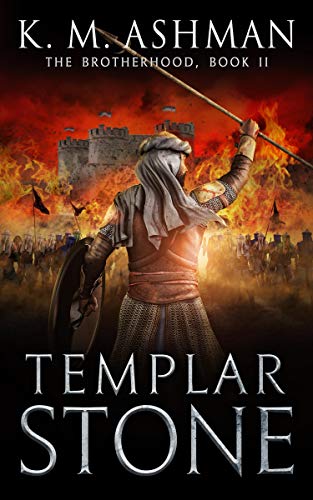 After his magnificent victory over the Saracens at Montgisard, King Baldwin takes the opportunity to start building a massive fortress overlooking Jacob’s Ford, the main crossing point over the River Jordan. Garrisoned with Templar Knights and stronger than any other castle in the Outremer, the fortress is designed to be impregnable and set to dominate the lands north of the Sea of Galilee for generations.

Within a year, the magnificent castle starts to rise high above Jacob’s Ford, a terrifying statement designed to strike fear and awe into the hearts of any man. It is an unparalleled declaration of domination by the Christian king and confirmation to all his enemies that the path to Jerusalem is permanently closed.

But deep in the forests of Banias, the warring Saracen tribes have finally combined, knowing that if they allow the fortress to remain unchallenged, the Christians would dominate the Holy Land for generations. Only one man could lead them to victory and his war banners were already flying throughout the east.Salah ad-Din, Sultan of all Syria and Egypt had returned, and he had sworn upon his life that no matter what the cost, the castle would fall.