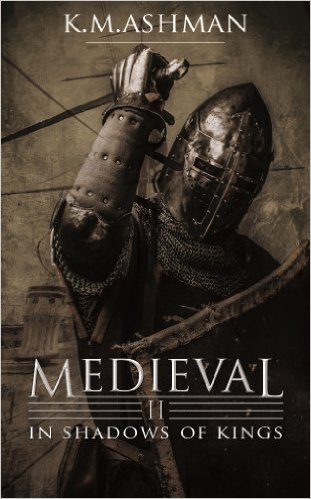 Medieval II – In Shadows of Kings

Henry III is dead. His son, Edward Longshanks is on his way back from crusade to claim the crown and impose his iron will on a weakened country.

The nobles of North Wales are nervous and grow frustrated at the inaction of their own leader and make a daring pact to replace him with a figurehead to unite the warring factions against the English Prince.

In the south, two young men attempt to rebuild their lives after a terrifying ordeal in Acre. Desperate to heal old wounds and build for the future, they try to rebuild the family forge but the appearance of an old enemy tears them apart once more and forces them onto different paths.

Whilst the life of an outlaw beckons for one, the other finds himself on an extraordinary quest to find an unknown land, achieve an unlikely outcome and secure an uncertain future.