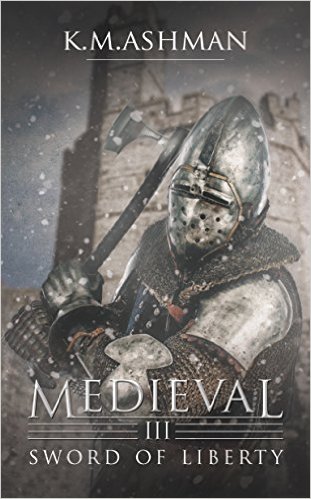 In 1274, Edward the First ruled England having inherited the crown from his father, Henry the Third. Across the border to the west, the smaller country of Wales was ruled by Prince Llewellyn ap Gruffydd, a direct descendant of Llewellyn the Great.

Tensions were strained between the two countries and minor conflicts were commonplace between the lesser nobles but when Edward found out about Llewellyn’s proposed marriage to Eleanor du Montfort, the daughter of his deceased father’s greatest enemy, he was incensed and in 1275 arranged for her ship to be intercepted as she traveled from France to be with the Welsh Prince. Eleanor was imprisoned causing the relationship between Edward and Llewellyn to deteriorate even further and in 1276, war broke out between the two countries.

In 1277, Edward led a huge army into Wales and captured the Welsh harvest on the island of Ynys Mon, forcing the Welsh Prince to surrender before any major battle was fought. Later that year, the two men signed the treaty of Aberconwy where Llewellyn surrendered control of most of the country in return for keeping the lands of Gwynedd and the title, Prince of Wales. Edward was satisfied and released Eleanor from prison to fulfill her marriage vows to Llewellyn and for the next few years, an uneasy peace existed between the two monarchs.

Despite the treaty, the people of Wales were still unhappy being ruled by an English monarch and especially the construction of English castles at Flint, Rhuddlan, Builth Wells and Aberystwth. Subsequently an undercurrent of resistance steadily grew until finally in 1282, a full scale rebellion against Edward’s rule forced the English King to invade Wales once more, only this time with full scale conquest as a goal.

Despite some initial setbacks, Edward’s army was ultimately victorious and after several battles throughout Wales, Prince Llewellyn was killed at the battle of Orewen Bridge.Edward finally realised the threat the Welsh posed and embarked on an unprecedented building programme across the country, including the enormous castles at Caernarfon, Conway and Harlech, not just as bastions of military strength but also as a signal to the Welsh about the futility of opposing his might.

These castles formed the backbone of his defences in Wales, an unassailable system of fortresses, each designed to mutually support each other against any threat from the Welsh.

They were a symbol of his might, a system of invincible fortifications and in effect an impregnable ring of steel unassailable by any living man………