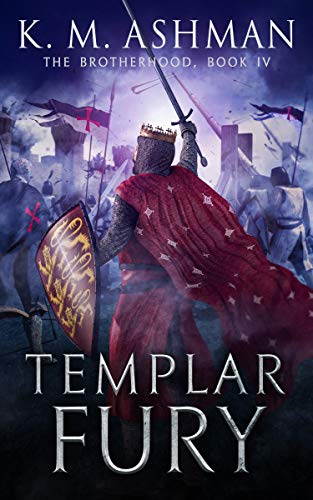 Templar Fury: The Siege of Acre (The Brotherhood Book 4)

Following the disaster at the Battle of Hattin, the Christians turn their attention to Acre, the coastal city essential in the campaign to reclaim Jerusalem. But with Saladin equally as determined to retain the strategically important city, the scene is set for a prolonged and devastating siege.

Years of battle loom and though death and disease prevail on both sides, once again the Templars answer the call to arms, each man desperate to avenge the death of so many of their brothers at Hattin.

With Jerusalem’s future dependent on the outcome, the Christians’ last hope lies in the hands of one man.
History came to know him as Coeur de Lion, Richard the Lionheart.