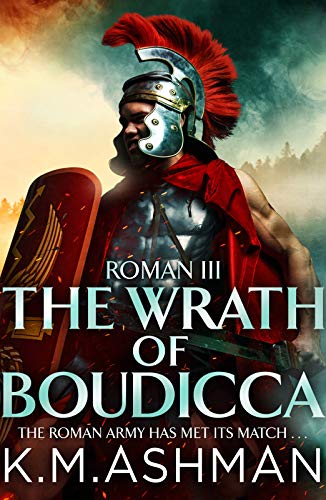 Roman III – The Wrath of Boudicca

When her husband dies, Boudicca, Queen of the Iceni expects Rome to enter into a new power sharing agreement with her people. However, when Rome reneges on the agreement and her daughters are raped by Roman soldiers, Boudicca raises an army to fight back against the occupation.

The Britannic tribes rise up and join her in a campaign against their oppressors and soon her enormous army is sweeping across Britannia in an unstoppable campaign of brutality.

Meanwhile in the south, a young boy races to join her cause but when it is realised he is the last true blood prince of the Deceangli, Prydain the ex-legionary now living with the Silures, embarks on a dangerous mission to save him. Once more his path is destined to cross with Cassus, the boyhood friend who has sworn to kill him and this time, there will be resolution.