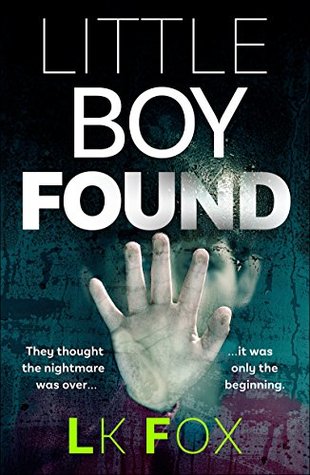 One rainy morning, just after Nick drops off his young son Gabriel outside the crowded school gates, he has a minor collision with another car. The driver won’t surrender his insurance details, so Nick photographs the licence plate. When he gets home, he enlarges the shot on his phone and spots something odd about the picture – Gabriel in the back seat, being driven away by a stranger. Nick needs to know what happened to his boy, but losing Gabriel turns out to be far less terrible than the shock of finding him. Now, to discover the truth, he must relive the nightmare all over again…Be warned, this is not another missing child story: what happened to Nick and his son is far more shocking.

“A roller-coaster ride [of] twists, turns and stomach-churning moments”
gingerbookgeek