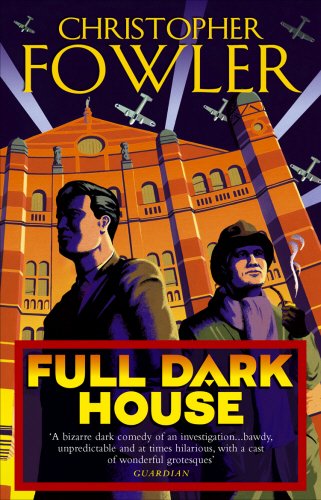 When a bomb devastates the office of London’s most unusual police unit and claims the life of its oldest detective, Arthur Bryant, his surviving partner John May searches for clues to the bomber’s identity. His search takes him back to the day the detectives first met as young men in 1940.

In Blitz-ravaged London, a beautiful dancer rehearsing for a sexy, sinister production of ‘Orpheus In The Underworld’ is found without her feet. Bryant & May’s investigation plunges them into a bizarre gothic mystery, where a faceless man stalks terrified actors and death strikes in darkness. Tracking their quarry through the blackout, searching for a murderer who’ll stop at nothing to be free of a nightmare, the duo unwittingly follow the same path Orpheus took when leading Euridyce from the shadows of Hell.

Back in the present day, John May starts to wonder if their oldest adversary might be the killer who took his partner’s life. He must work alone to solve a puzzle that began over half a century earlier…

In a war-shaken city of myths, rumours and fear, Bryant & May discover that a house is not always a home, nothing is as it appears, the most cunning criminals hide in plain sight, and the devil has all the best tunes. Dark drama and black comedy combine as Bryant & May take centre stage in their first great case.