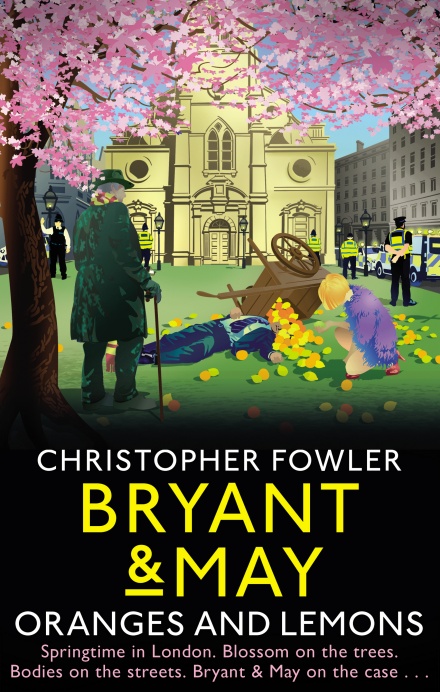 Bryant & May – Oranges and Lemons

One Sunday morning, the outspoken Speaker of the House of Commons steps out of his front door only to be crushed under a mountain of citrus fruit. Bizarre accident or something more sinister? The government needs to know because here’s a man whose knowledge of parliament’s biggest secret could put the future of the government at stake.

It should be the perfect case for Bryant & May and the Peculiar Crimes Unit, but unfortunately one detective is in hospital, the other is missing and the staff have all been dismissed. It seems the PCU is no more. But events escalate: a series of brutal crimes seemingly linked to an old English folk-song threatens the very foundation of London society and suddenly the PCU is offered a reprieve and are back in (temporary) business!

And if the two elderly detectives, ‘old men in a woke world’, do manage to set aside their differences and discover why some of London’s most influential figures are under life-threatening attack, they might not just save the unit but also prevent the entire city from descending into chaos . . .