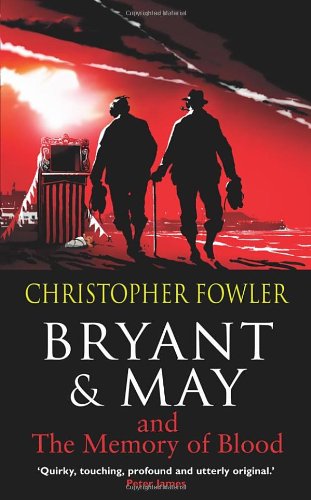 Bryant & May – The Memory of Blood

The defenestration of a ruthless theatre impresario’s young son was definitely not the best way to end the play’s first night party. And the crime scene itself was most unusual: a locked bedroom, with no sign of forced entry, no prints or traces of blood, just a sinister, life-size puppet of Mr Punch lying on the floor…

Everyone at the party – from the dodgy producer and rakish male lead to the dour set designer and the assistant stage manager (the wild daughter of a prominent civil servant) – is a suspect.

It’s a perfect case for Bryant and May and the Peculiar Crimes Unit but the Home Office, wary of the PCU’s eccentric methods and intensely aware of the potential political embarrassment, wants them off the investigation.

The elderly detectives are not so easily deterred, however. Delving into the history of London theatre and the gruesome origins of ‘Punch and Judy’, they uncover a maniacal killer is at work – one who must be caught before it’s curtains for everyone!