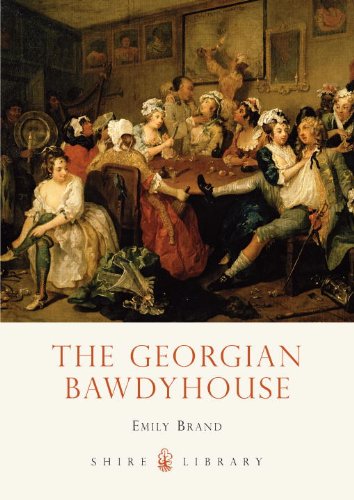 ‘Entertaining, learned and instructive, this is a perfectly pitched little book that takes us deep into the seamy eighteenth-century world of the bawdyhouse, without ever losing either its lucidity or its levity.’ – Dr Suzannah Lipscomb

The business of sex was a significant aspect of urban culture in Georgian England, and a visible one. Despite the rise of the polite society of Jane Austen’s novels, London by 1758 had long been known as a centre of vice and debauchery: in the shadows of the fashionable public parks and gardens, in alleyways along the banks of the Thames, even at church doors, there lurked a world of criminality and prostitution of which the bawdyhouse became one of the most potent symbols. This book explores what it was like to run, work in, and frequent these establishments, which ranged from filthy East End hovels to grand upmarket apartments, and through newspaper reports, criminal trials, political speeches and bawdy pamphlets and prints shows how they were perceived and how the era of the happy hooker came to an end.

Other books by Emily Brand