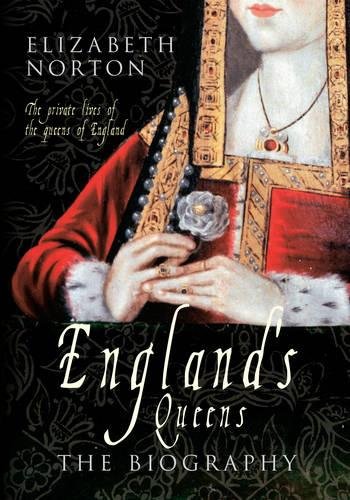 Her story not his, the English monarchy through the private and public lives of the queens of England. Nearly eighty women have sat on the throne of England, either as queen regnant or queen consort and the voices of all of them survive through their own writings and those of their contemporaries. The primary role of the queen over the ages was to provide an heir. Catherine of Aragon found this to her cost, divorced by Henry VIII for failing to produce a healthy son. Anne Boleyn was executed shortly afterwards for the same reason. The birth of an heir was also a route to power for a queen and Eleanor of Aquitaine became the most powerful woman in Europe during the reigns of her sons. Emma of Normandy was so desperate to be queen mother that she manipulated her three sons in an attempt to ensure that one would be king. One was murdered when he attempted to reach his mother but her remaining two sons became kings in turn with their mother as a leading advisor. Strong relationships could also develop between the queens and their husbands. Richard II and Anne of Bohemia made an arranged marriage but quickly fell deeply in love and, on Anne’s death at Sheen Palace, Richard’s grief was so intense that he ordered the palace to be destroyed. Edward VIII even abandoned his throne when forced to choose between the crown and his lover, Wallis Simpson. Not all marriages were happy and queens such as Isabella of France and Catherine Howard took lovers to escape their marriages. The unhappy Sophia Dorothea of Celle was imprisoned for over thirty years by her husband George I when her affair was discovered. Her lover, Count von Konigsmarck was murdered. Most queens made arranged marriages and were used by their families to build alliances. Some queens were able to break away from this control. Queen Victoria spent her childhood secluded with her overprotective mother, even sharing the same bedroom until the day when she was proclaimed queen and finally freed herself from her mother’s control. For the first time, the voice of each individual queen can be heard together, charting the course of English queenship through nearly two thousand years of history. Each queen played her own part in shaping what the role of queen would become and it developed through the lives and actions of each of the women in turn.