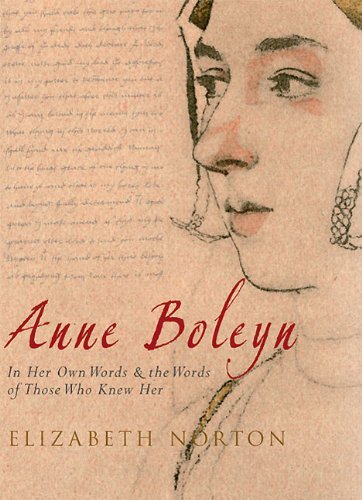 Anne Boleyn: In Her Own Words & the Words of Those Who Knew Her

The complete letters, dispatches and chronicles that tell the real story of Anne Boleyn. Anne Boleyn, the second wife of Henry VIII, caused comment wherever she went. Through the chronicles, letters and dispatches written by both Anne and her contemporaries, it is possible to see her life and thoughts as she struggled to become queen of England, ultimately ending her life on the scaffold. Only through the original sources is it truly possible to evaluate the real Anne. George Wyatt’s Life of Queen Anne provided the first detailed account of the queen, based on the testimony of those that knew her. The poems of Anne’s supposed lover, Thomas Wyatt, as well as accounts such as Cavendish’s Life of Wolsey also give details of her life, as do the hostile dispatches of the Imperial Ambassador, Eustace Chapuys and the later works of the slanderous Nicholas Slander and Nicholas Harpsfield. Henry VIII’s love letters and many of Anne’s own letters survive, providing an insight into the love affair that changed England forever. The reports on Anne’s conduct in the Tower of London show the queen’s shock and despair when she realised that she was to die. Collected together for the first time, these and other sources make it possible to view the real Anne Boleyn through her own words and those of her contemporaries.