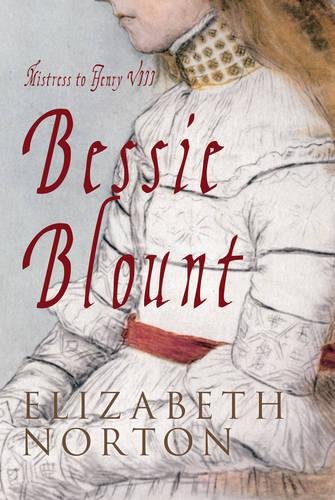 Beautiful, young, exuberant, the amazing life of Elizabeth Blount, Henry VIII’s mistress and mother to his first son who came tantalizingly close to succeeding him as King Henry IX. The earliest known, and longest lasting mistress of Henry VIII, Bessie Blount was the king’s first love. More beautiful than Anne Boleyn or any of Henry’s other wives or concubines, Bessie’s beauty and other charms ensured that she turned heads, winning a place at court as one of Catherine of Aragon’s ladies. Within months she was partnering the king in dancing and she rose to be the woman with the most influence over Henry, much to Catherine of Aragon’s despair. The affair lasted five years (longer than most of Henry’s marriages) and in 1519 she bore Henry VIII a son, Henry Fitzroy. As a mark of his importance Cardinal Wolsey was appointed his guardian and godfather. Supplanted soon after by Mary Boleyn, Bessie’s importance rests on the vital proof it gave Henry VIII that he could father a healthy son and through Henry Fitzroy, Bessie remained a prominent figure at court. In the country at large, for proving that the king was capable of fathering a son Bessie prompted the saying ‘Bless’ee, Bessie Blount’ and her position of mother of such an important child made her an object of interest to many of her contemporaries. Sidelined by historians until now, Bessie and the son she had by the king are one of the great ‘what ifs’ of English history. If Jane Seymour had not produced a male heir and Bessie’s son had not died young aged 17, in all likelihood Henry Fitzroy could have followed his father as King Henry IX and Bessie propelled to the status of mother of the king.