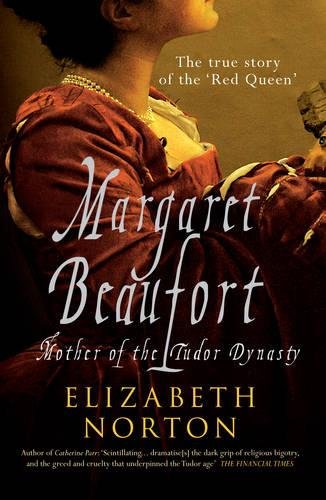 The extraordinary true story of the ‘Red Queen’. Born in the midst of the Wars of the Roses, Margaret Beaufort became the greatest heiress of her time. She survived a turbulent life, marrying four times and enduring imprisonment before passing her claim to the crown of England to her son, Henry VII, the first of the Tudor monarchs. Margaret’s royal blood placed her on the fringes of the Lancastrian royal dynasty. After divorcing her first husband at the age of ten, she married the king’s half-brother, Edmund Tudor, becoming a widow and bearing her only child, the future Henry VII, before her fourteenth birthday. Margaret was always passionately devoted to the interests of her son who claimed the throne through her. She embroiled herself in both treason and conspiracy as she sought to promote his claims, allying herself with the Yorkist Queen, Elizabeth Woodville, in an attempt to depose Richard III. She was imprisoned by Richard and her lands confiscated, but she continued to work on her son’s behalf, ultimately persuading her fourth husband, the powerful Lord Stanley, to abandon the king in favour of Henry on the eve of the decisive Battle of Bosworth. It was Lord Stanley himself who placed the crown on Henry’s head on the battlefield. Henry VII gave his mother unparalleled prominence during his reign. She established herself as an independent woman and ended her life as regent of England, ruling on behalf of her seventeen-year-old grandson, Henry VIII.