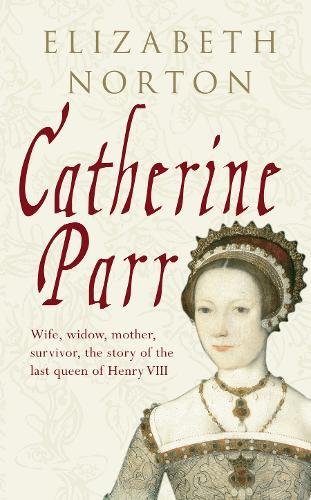 Wife, widow, mother, survivor, the story of the last queen of Henry VIII. The sixth wife of Henry VIII was also the most married queen of England, outliving three husbands before finally marrying for love. Catherine Parr was enjoying her freedom after her first two arranged marriages when she caught the attention of the elderly Henry VIII. She was the most reluctant of all Henry’s wives, offering to become his mistress rather than submit herself to the dangers of becoming Henry’s queen. This only served to increase Henry’s enthusiasm for the young widow and Catherine was forced to abandon her lover for the decrepit king. Whilst Catherine was reluctant to be a queen she quickly made the role a success, providing Henry VIII with a domestic tranquillity that he had not known since the early days of his first marriage. For Henry, Catherine was a satisfactory choice but he never stopped considering a new marriage, to Catherine’s terror. Catherine is remembered as the wife who survived but, without her strength of character it could have been very different.

When informed that the king had ordered her arrest for heresy, she took decisive action, defusing the king’s anger and once again becoming his ‘own sweetheart’. It was a relief for Catherine when Henry finally died and she secretly married the man she had been forced to abandon for Henry, Thomas Seymour. During her retirement, Catherine’s heart was broken by her discovery of a love affair between her stepdaughter, Princess Elizabeth, and her husband. She never recovered from the birth of her only child and, in her fever accused her husband of plotting her death. Catherine Parr is often portrayed as a matronly and dutiful figure. Her life was indeed one of duty but, throughout, she attempted to escape her destiny and find happiness for herself. Ultimately, Catherine was betrayed and her great love affair with Thomas Seymour turned sour.