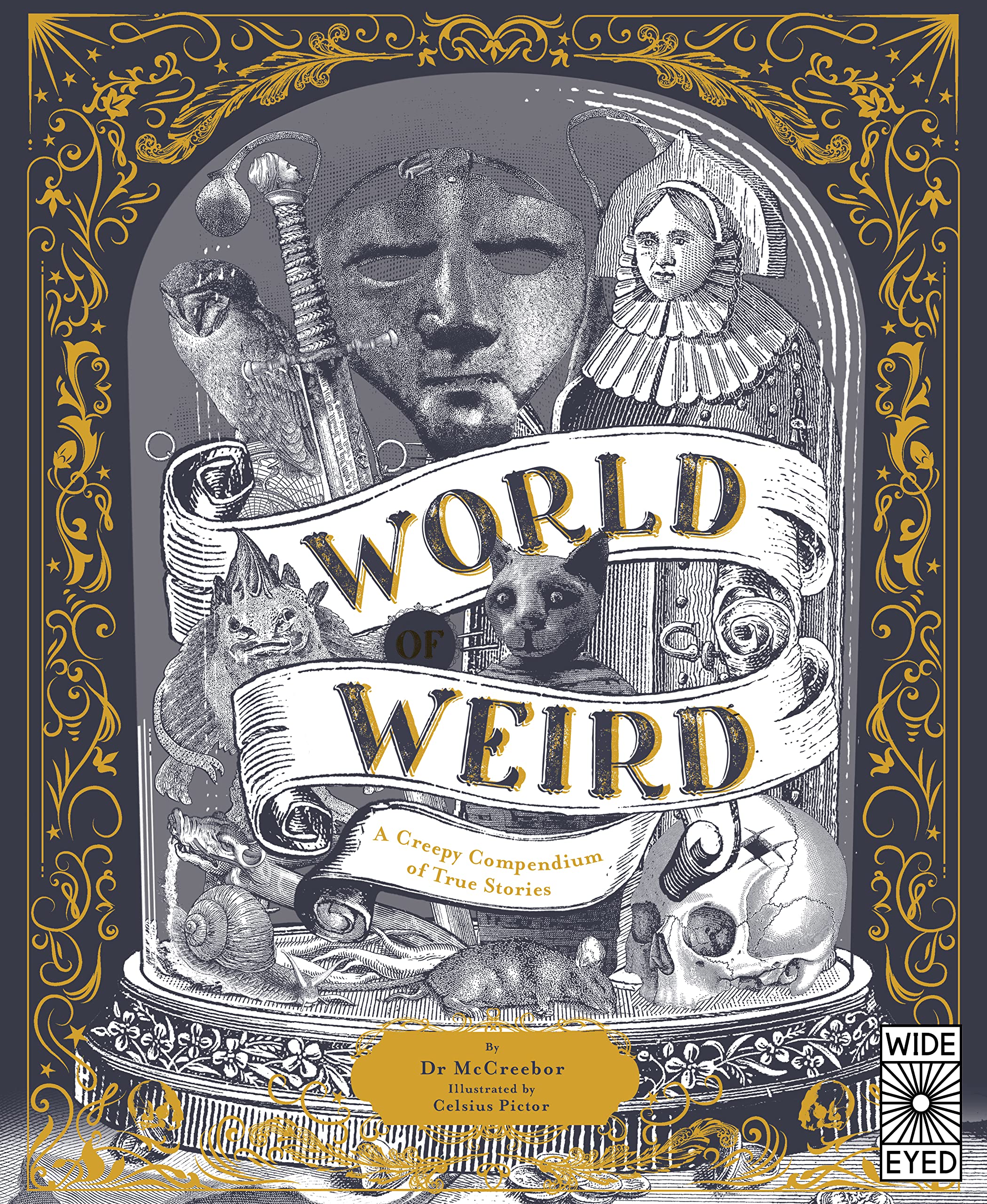 World of Weird: A Creepy Compendium of True Stories

In the 21st century, a scientist uncovers their Victorian ancestor’s notebook in a box. This ancestor is Dr McCreebor – an eminent explorer, philosopher and collector of the very strange and truly creepy.

Dr McCreebor’s book is filled with the dark and disturbing stories he has collected on his travels around the world. And now, after over 125 years in a dusty attic, Dr McCreebor’s writings can be read… by only the bravest.

Discover the fascinating stories behind a series of objects, people and placesin every chapter. McCreebor writes from a Victorian perspective – and his descendant isn’t afraid to write notes in the margins, bringing the science into the 21st century.

From shrunken heads to witches’ charms, saints’ blood to graverobbers’ remains, hangman’s salve to trepanning tools, this book is a peek into our grisly and macabre past.

Other books by Tom Adams