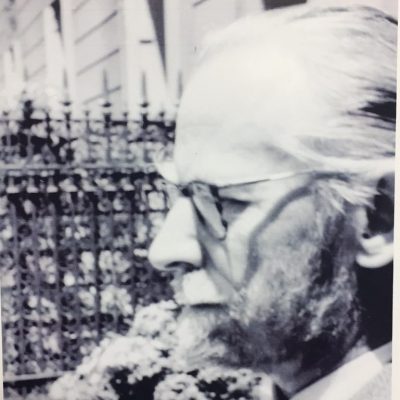 Dennis Feltham Jones was a celebrated science fiction writer who published under the name D F Jones. He was a Naval Commander in World War II, and lived in Cornwall until his death in 1981.

His writings dealt with the ongoing battle – both physical and philosophical – between man and machine. He is perhaps most famous for his Colossus series, the first of which was translated to the big screen in 1970 for the film Colossus: The Forbin Project. The film was well received by critics, and was nominated for a Hugo Award in 1971.