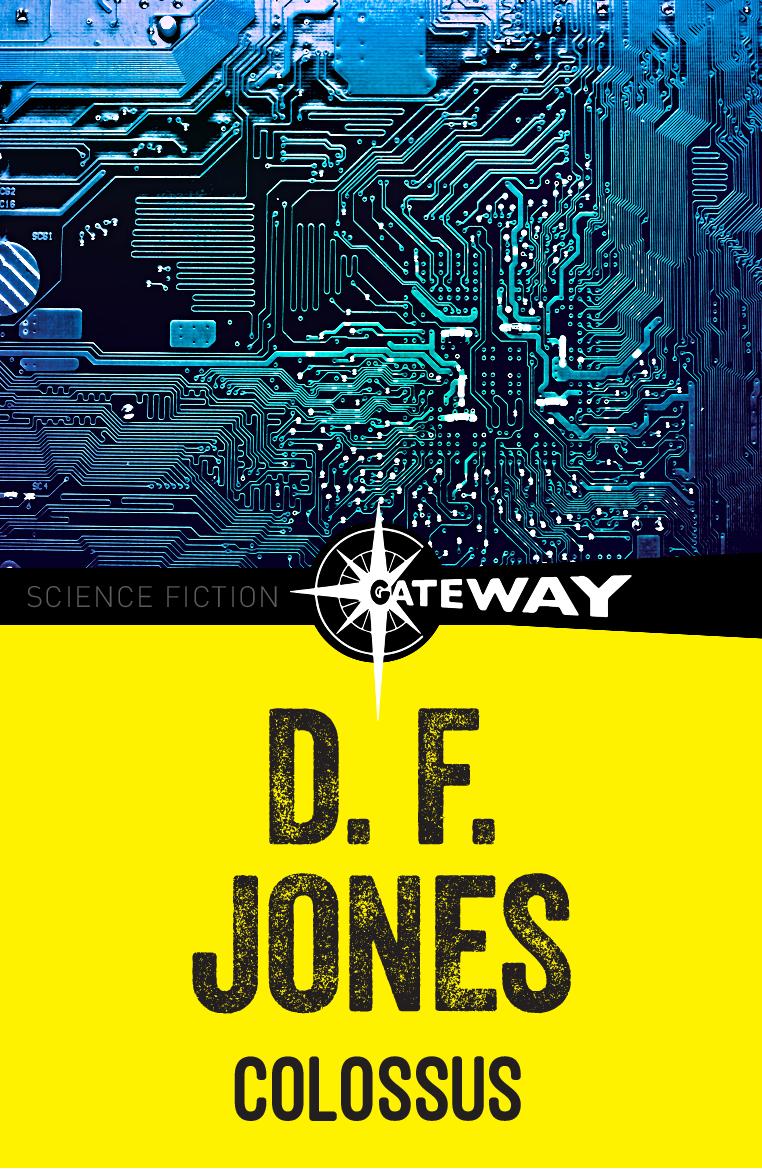 COLOSSUS is DF Jones’ classic sci-fi novel, first published in 1966.  It is the first in a trilogy, and was followed by THE FALL OF COLOSSUS and COLOSSUS AND THE CRAB. The novel was the subject of the cult classic film COLOSSUS: THE FORBIN PROJECT (1970).

Charles Forbin has dedicated the last ten years of his life to the construction of his own supercomputer, Colossus, rejecting romantic and social endeavours in order to create the United States’ very first Artificially Intelligent defence system.

Colossus is a supercomputer capable of in-taking and analyzing data rapidly, allowing it to make real time decisions about the nation’s defense.

But Colossus soon exceeds even Forbin’s calculated expectations, learning to think independently of the Colossus Programming Office, processing data over one hundred times faster than Forbin and his team had originally anticipated.

The President hands off full control of the nation’s missiles and other defense protocols to Colossus and makes the announcement to the world that he has ensured peace.

However, the USSR quickly announces that it too has a supercomputer, Guardian, with capabilities similar to that of Colossus. Forbin is concerned when Colossus asks – asks – to communicate with Guardian. The computer he built shouldn’t be able to ask at all…

Colossus and Guardian begin to communicate, quickly bypassing existing knowledge … and the parameters placed on them by their creators. They are perfectly smart and totally in control. However, they lack human empathy and emotion, creating horrific scenarios.

Colossus and its Russian counterpart, Guardian, soon compromise US military secrecy, ultimately subjugating their creators with the threat of nuclear war. And while Colossus has been specifically designed not to understand emotion – so as to make quicker and more logical decisions about America’s safety – this is exactly the thing that makes him so lethal; Colossus does not experience human empathy and is incapable of understanding the moral ramifications of his decisions. Having handed over total control of American defence missiles to Colossus, the President and Forbin must act quickly to shut down the unstable machine.

Will Forbin be able to take down the machine he’s spent ten years building? Will Colossus cause real damage before it’s too late?

Find out in D.F. Jones’s thrilling novel COLOSSUS, which deals with the ongoing battle – both physical and philosophical – between man and machine, addresses the author’s own apprehensive attitude towards our future. His message is still as poignant and moving today and when the novel was originally published in 1966.