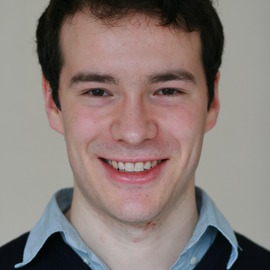 W. Sydney Robinson is an award-winning author, broadcaster and journalist. After studying History at the University of Manchester from 2004 to 2007, he proceeded to Cambridge, where he is currently a Research Associate of Wolfson College. His first book, MUCKRAKER: THE SCANDALOUS LIFE AND TIMES OF W. T. STEAD, BRITAIN’S FIRST INVESTIGATIVE JOURNALIST (2012) was awarded the Political Biography of the Year award at the Total Politics and Paddy Power Awards 2013. He writes occasionally in the Sunday Times, the Spectator and the TLS.