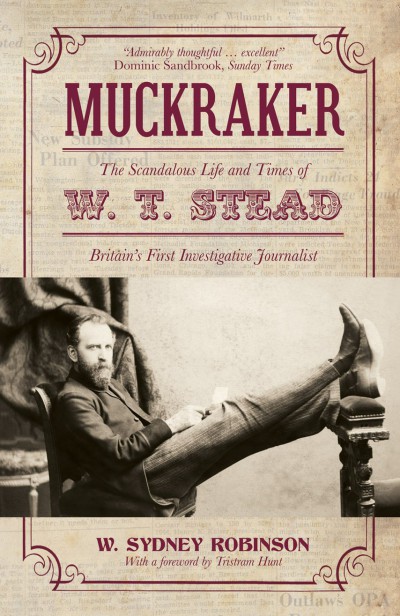 Winner of the Political Book Awards 2013 Best Political Biography. The era of sensational tabloid journalism began in Britain in the summer of 1885 when W. T. Stead, editor of the Pall Mall Gazette, ran a newspaper campaign entitled ‘The Maiden Tribute of Modern Babylon’. In a series of flesh-creeping articles, the editor revealed how he had ‘purchased’ a child of thirteen from her parents for sinister purposes darkly hinted at to the reader. The result was a two-week national panic, culminating in the raising of the age of consent from thirteen to sixteen – and the conviction of Stead for kidnapping the child unwittingly at the centre of his story. In this pioneering biography, author W. Sydney Robinson follows Stead from his modest beginnings as the son of a Nonconformist minister in Newcastle to his years of power as an influential London newspaper editor before later being dismissed as a madman for his obsession with the occult and (more unfairly) promoting world peace. He was last seen helping women and children into lifeboats as the Titanic went down. Always sure in the righteousness of his cause, and regarding no methods as too extreme for his ends, Stead remains, in the age of Leveson, both a model and a warning for investigative journalists worldwide.

Other books by W. Sydney Robinson