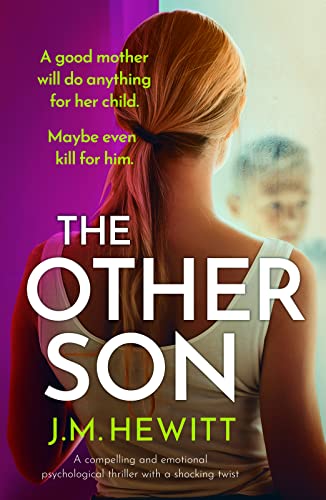 She saved her son once. Would she do the same again?

Sara and her family needed a fresh start after a tragedy that ruined many lives. They have found peace since arriving at their new home in the Kielder Forest National Park twelve months ago. That is, unless you count the dark cloud that has settled over them, and the crippling tension behind closed doors. Sara tries to pretend everything is normal, but in reality she is haunted by a devastating truth about one of her children.

Travis has a reputation as a counsellor skilled at helping troubled teens. He has been watching Sara. He sees her fragility, and believes that he can fix her and her eldest son. Like his mother, Scott barely speaks, and has a look in his eye that hints at unimaginable trauma. If Travis could only get close to Sara she would see that he can protect her, and put an end to their suffering.

Yet below the surface, Sara is anything but weak. No matter what, she won’t give up on her child. And when she is cornered, she will go to extreme lengths to protect her most precious boy.

A compulsive tale of family secrets with twists you won’t see coming. Perfect for fans of Lisa Jewell, Shalini Boland and K.L. Slater.