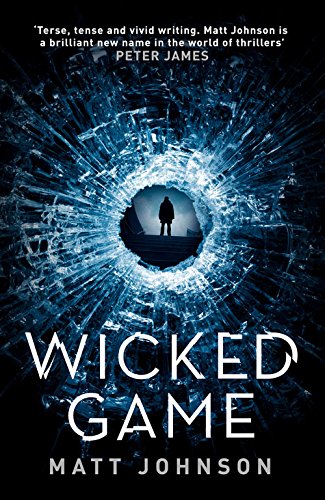 2001. Age is catching up with Robert Finlay, a police officer on the Royalty Protection team based in London. He’s looking forward to returning to uniform policing and a less stressful life with his new family. But fate has other plans.

Finlay’s deeply traumatic, carefully concealed past is about to return to haunt him. A policeman is killed by a bomb blast, and a second is gunned down in his own driveway. Both of the murdered men were former Army colleagues from Finlay’s own SAS regiment, and in a series of explosive events, it becomes clear that he is not the ordinary man that his colleagues, friends and new family think he is.

And so begins a game of cat and mouse – a wicked game – in which Finlay is the target, forced to test his long-buried skills in a fight against a determined and unidentified enemy.

WICKED GAME is a taut, action-packed, emotive thriller about a man who might be your neighbour, a man who is forced to confront his past in order to face a threat that may wipe out his future, a man who is willing to do anything to protect the people he loves. But is it too late?

Other books by Matt Johnson