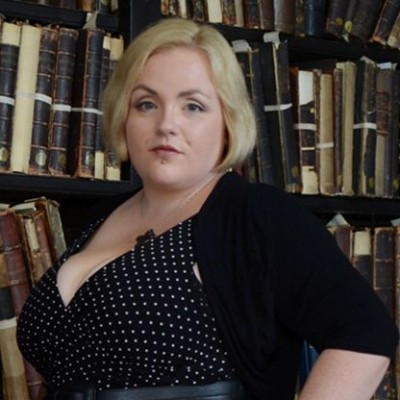 Leah Moore is an English comic book writer. Her first ever attempt at comic book scripting was submitted anonymously to Scott Dunbier at Wildstorm in late 2002. The story was accepted, illustrated by Sergio Aragones and published as KING SOLOMON PINES, in Tom Strong’s Terrific Tales #5.

In mid 2003 Leah and her husband (then fiancée) John Reppion began work on a proposal for a six-part mini entitled WILD GIRL. The series was published in 2004/05, illustrated by Shawn McManus and J. H. Williams III.

Since then the duo have worked together on series such as ALBION (with Alan Moore & Shane Oakley) and RAISE THE DEAD (with Hugo Petrus). In 2011 Moore & Reppion created and wrote THE THRILL ELECTIC (with Windflower Studio) – a ten part online motion comic set in Victorian Manchester.

In 2006 Leah was commissioned by the Royal Mail to write two short stories to accompany the release of their Christmas stamps.

In addition to her writing Leah enjoys drawing and painting and has provided illustrations for various articles and stories.