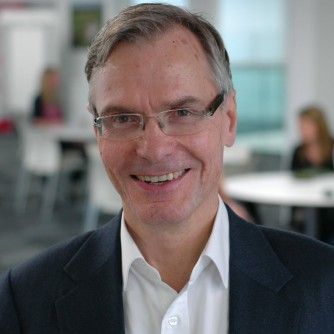 Professor Mark Hanson is one of the UK’s leading researchers on developmental pathways to disease. He is current President of the International Society for the Developmental Origins of Health and Disease and was a founder member and former secretary of the Society. He has served on a range of committees in government, charitable and NGOs focusing on the importance of adopting lifecourse perspective to new ways of reducing the burden of non-communicable disease globally. In the UK he directs the University of Southampton Academic Unit of Human Development and Health in the Faculty of Medicine and overseas he holds visiting appointments in Auckland, Singapore, Dublin, Jamaica and Suzhou.

Mark has published more than 200 original papers, 125 reviews and 13 books. His research concerns several aspects of development and health, ranging from how the environment before and after birth affects the risk of chronic disease – such as cardiovascular and chronic lung disease, diabetes and obesity – to population studies aimed at the early identification of risk, so that timely preventative interventions can be made. The group are exploring the epigenetic processes which relate to such risks, and which may serve as valuable early life biomarkers. His Academic Unit works on these problems in both developed and developing countries in many parts of the world. Mark is particularly interested in the links between medical science and society and was a founder member of the Wellcome Trust’s Sci-Art panel. He is much involved in educational projects to promote health literacy in school students – LifeLab – in the public understanding of science and how evolutionary thinking applies to human biology and medicine. His recent popular science books include MISMATCH: THE LIFESTYLE DISEASES TIMEBOMB (2006) which is translated into Mandarin, Portuguese and German, and PRINCIPLES OF EVOLOUTIONARY MEDICINE (2009) and FAT, FATE & DISEASE (2012), all published by OUP.