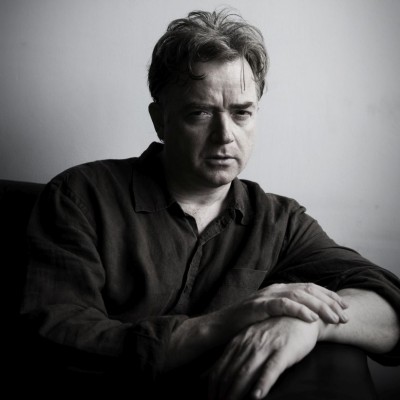 Glyn Maxwell is a poet, novelist, and playwright. He has published twelve collections of verse, including PLUTO, which was shortlisted for the Forward Prize, HIDE NOW, which was shortlisted for both the Forward and T.S. Eliot, and THE NERVE, which won the Geoffrey Faber Memorial Prize. He was awarded a Cholmondeley Prize in 2014 for his poetry. His critical guidebook ON POETRY (2012) has been described as ‘a modern classic’ (Spectator) and ‘the best book about poetry I’ve ever read’ (Guardian). He was the Poetry Editor of The New Republic from 2000 to 2007.

Maxwell is the author of two novels – BLUE BURNEAU, which was shortlisted for the Whitbread First Novel Prize, and THE GIRL WHO WAS GOING TO DIE (both Jonathan Cape). He also co-authored the travelogue MOON COUNTRY (Faber) with Simon Armitage.

Several of his plays have been staged in the UK and USA, including The Lifeblood, which was awarded British Theatre Guide’s ‘Best Play’ on the Edinburgh Fringe in 2004, and Liberty, which was staged at Shakespeare’s Globe in 2008. His opera libretti include The Firework Maker’s Daughter, composed by David Bruce, which was nominated for ‘Best New Opera’ at the Olivier Awards in 2014, The Lion’s Face, composed by Elena Langer, and Nothing, which will premiere at Glyndebourne in 2016. His radio plays include The Gambler (2010), The City of Tomorrow (2014), and Cyrano de Bergerac (2015). Glyn has taught at Princeton, Columbia, NYU, Amherst and the University of Essex.

Glyn is represented by Watson, Little in association with Micheline Steinberg Associates (www.steinplays.com).