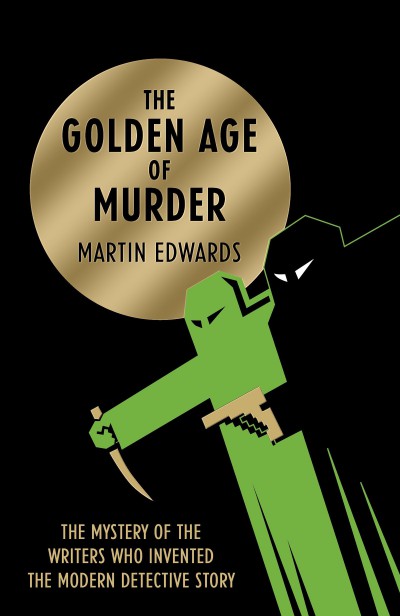 The Golden Age of Murder

This is the first book about the Detection Club, the world’s most famous and most mysterious social network of crime writers. Drawing on years of in-depth research, it reveals the astonishing story of how members such as Agatha Christie and Dorothy L. Sayers reinvented detective fiction.

Detective stories from the so-called “Golden Age” between the wars are often dismissed as cosily conventional. Nothing could be further from the truth: some explore forensic pathology and shocking serial murders, others delve into police brutality and miscarriages of justice; occasionally the innocent are hanged, or murderers get away scot-free. Their authors faced up to the Slump and the rise of Hitler during years of economic misery and political upheaval, and wrote books agonising over guilt and innocence, good and evil, and explored whether killing a fellow human being was ever justified. Though the stories included no graphic sex scenes, sexual passions of all kinds seethed just beneath the surface.

Attracting feminists, gay and lesbian writers, Socialists and Marxist sympathisers, the Detection Club authors were young, ambitious and at the cutting edge of popular culture – some had sex lives as bizarre as their mystery plots. Fascinated by real life crimes, they cracked unsolved cases and threw down challenges to Scotland Yard, using their fiction to take revenge on people who hurt them, to conduct covert relationships, and even as an outlet for homicidal fantasy. Their books anticipated not only CSI, Jack Reacher and Gone Girl, but also Lord of the Flies. The Club occupies a unique place in Britain’s cultural history, and its influence on storytelling in fiction, film and television throughout the world continues to this day.

The Golden Age of Murder rewrites the story of crime fiction with unique authority, transforming our understanding of detective stories and the brilliant but tormented men and women who wrote them.