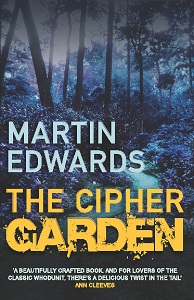 ‘I thought you were dead – ‘ In the peaceful village of Old Sawrey, in the idyllic Lake District, Warren Howe is brutally slaughtered with his own scythe by a mysterious hooded figure. The police have several suspects, but there is insufficient evidence to make an arrest. Years later an anonymous tip-off sparks the interest of DCI Hannah Scarlett, who heads the local Cold Case Review Team. With the help of historian Daniel Kind, Hannah digs deeper in the quest for truth and discovers that, in Old Sawrey, old sins cast long shadows. Following the killer’s trail, Hannah arrives at a shocking conclusion, one that will change lives forever.