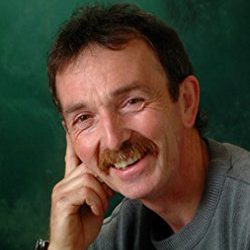 Keith Laidler earned his PhD raising a baby Orang-utan as a human infant, and trying to teach it to talk. He followed this with a 3-year stint as writer-producer for Anglia TV’s renowned ‘Survival’ series, when he visited various exotic locations including the Caribbean and the mountains of Oman. Since that time, Keith has earned his living as a freelance writer and film producer, producing award-winning documentaries and penning books on Pandas, Giant Otters, the Turin Shroud, our present-day Surveillance Society, a Chinese Empress and a psychopathic Madagascan Queen. During the course of these adventures he has spent time with the SAS, visited forbidden vaults in Tibet, been lost in the rainforest for three days, mugged, attacked by killer bees, arrested by secret police, and threatened with execution by a drunken soldier during a Ghanaian coup.

Keith is the author of THE HEAD OF GOD, THE LAST EMPRESS and FEMALE CALIGULA. He is a Fellow of the Royal Geographical Society and a past member of the Scientific Exploration Society.