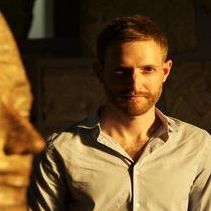 Dr Chris Naunton is an Egyptologist and the Director of the Egypt Exploration Society. In 2012 Chris presented the BBC documentary Flinders Petrie: The Man Who Discovered Egypt and was recently the lead Egyptologist on a new investigation into the death and burial of Tutankhamun for a TV film which was broadcast on Channel 4 in the UK as Tutankhamun: The Mystery of the Burnt Mummy and globally under various other names during 2013.

He studied Egyptology at the universities of Birmingham and Swansea and has worked in the field in the Late Period cemetery of El-Asasif in Luxor and at South Abydos. His research focuses on the Libyan and Kushite Periods of Egyptian history and on the history and development of Egyptology and archaeology in Egypt, and its presentation to the public. Chris has taught Egyptology at UCL, SOAS, Birkbeck College and Bloomsbury Summer School, and regularly gives lectures throughout the UK. He has also published a series of articles on ancient Egypt, and contributed chapters to several edited books. He plays several musical instruments, failed to become either a footballer or a rock star, and cycles to work.

‘Chris Naunton is my favourite Egyptologist, he makes the search for the lost tombs of Egypt as exciting as a novel.’  Dan Snow, historian and author