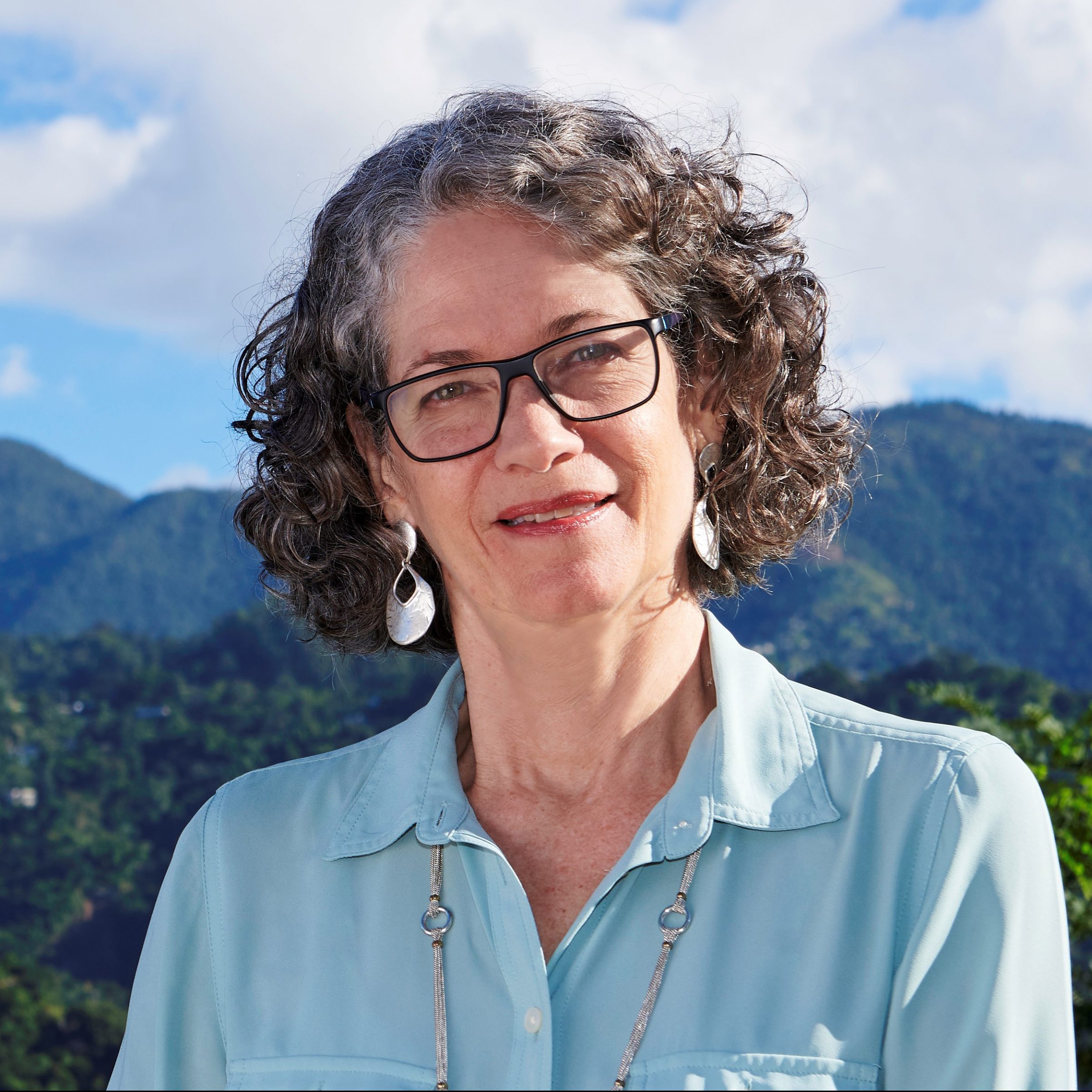 Diana McCaulay is a Jamaican environmental activist and writer, a lifelong resident of the capital city of Kingston. She is the founder and former Chief Executive Officer of the Jamaica Environment Trust. She has written five novels – DOG-HEART, HURACAN (Peepal Tree Press), GONE TO DRIFT (Papillote Press and HarperCollins) and WHITE LIVER GAL (self-published). Her most recent book is DAYLIGHT COME, published by Peepal Tree Press in September 2020. Both DOG-HEART and HURACAN were short listed for the Saroyan Prize for International Writing, and GONE TO DRIFT, formerly entitled THE DOLPHIN CATCHERS placed second in the 2015 Burt Prize for Caribbean Young Adult literature. Her short fiction and non fiction have appeared in numerous magazines and journals, including Granta, Jamaica Journal, Adda Stories, Eleven Eleven, SCOOP the magazine, and the Griffith Review. She won the Hollick Arvon Prize for non fiction in 2014 for her manuscript entitled LOVING JAMAICA. She was the Caribbean regional winner of the Commonwealth Short Story Prize in 2012, for her story THE DOLPHIN CATCHERS. More recently, her story PICKING CRABS IN NEGRIL was shortlisted for the V.S. Pritchett prize in 2019. Her new release, DAYLIGHT COME, placed third in the 2019 Burt Prize for Caribbean YA Literature. Her first children’s book, FINNY THE FAIRY FISH, was published by Harper Collins UK via their Collins Big Cat series in November 2020. Her work-in-progress manuscript ROOTS OF STONE won the Watson, Little 50th anniversary prize for authors over 50 in 2021.

She is also on the editorial board of PREE, an online magazine for Caribbean writing and was a judge for the Commonwealth Writers Prize in 2021.