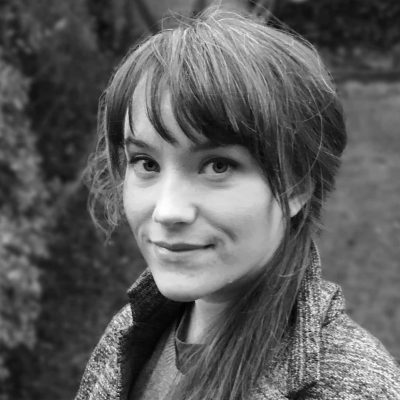 Bryony grew up on the edge of the Lake District where she first discovered her love of drawing treasure maps and fat animals.

She graduated from Royal Holloway University of London in 2008 with a first class honours degree and went on to set up a company designing and making puppets and directing productions.

In 2010 she began work at Seven Stories, The National Centre for Children’s Books running workshops and producing events.

She now lives in Newcastle-Upon-Tyne and spends her time writing and illustrating stories for children.