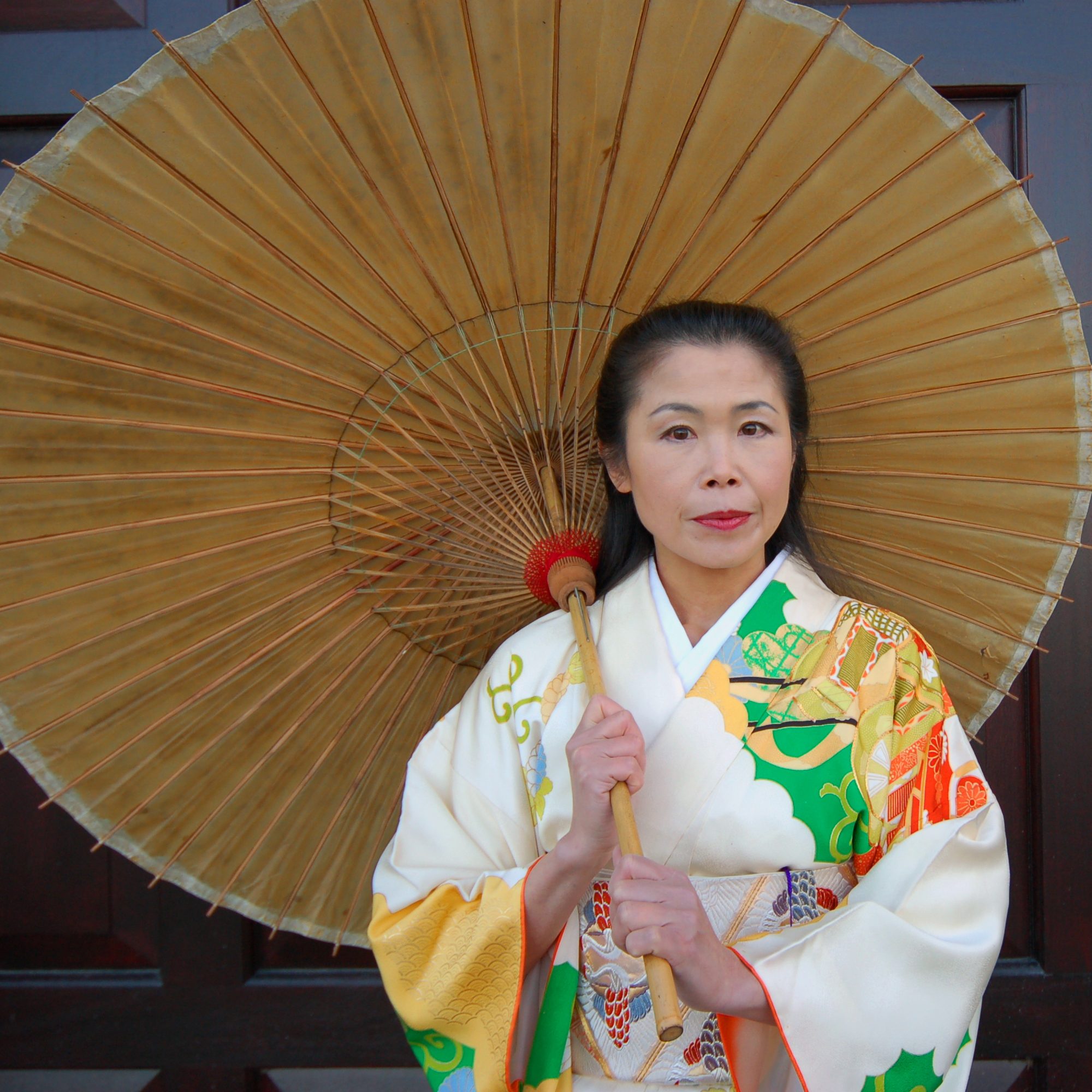 Akemi Solloway Tanaka is the daughter of an old samurai family and grew up immersed in the traditional arts and culture of Japan. Her name in Japanese means “Bright and Beautiful”.

In addition to her university education, she attended the Tchiyoda Gakuin Finishing School, where she formally studied Occidental and Oriental etiquette. She is a lecturer and consultant of Japanese culture, and leads study tours to Japan each spring and autumn. She is active in the worlds of business, diplomacy, education and the arts where she strives to combine traditional beliefs, such as Bushido, with the best of modern technology and ideas. In her presenting and consulting, she aims to promote awareness and appreciation of authentic Japanese culture in an accessible and enjoyable manner.

Since coming to the UK, Akemi has been responsible for organising many Japanese cultural events including the Japanese Art Festival and Bunkasai, both of which were staged in Central London. More recently, she is responsible for forming Aid For Japan, a charity designed to support Japanese orphans of the 2011 earthquake/tsunami disaster.

Through a desire to help people understand the traditional culture behind many of the modern aspects of Japanese art and lifestyle, Akemi has worked closely with the anime and manga community and speaking at many anime conventions. She also has a lot of time and appreciation for people involved in the art of cosplay. Indeed, she has described her own use of western clothing in her free time as a form of reverse cosplay, as she spends most of her life dressed in kimonos.

Among her past activities, Akemi has dressed Kelly Osbourne in a kimono for a magazine photo shoot, performed a tea ceremony for the Lord Mayor of London, appeared on both the BBC and Channel 4 as a speaker on Japanese culture and assisted a prince of the Japanese imperial family with a speech to an international gathering of martial artists.