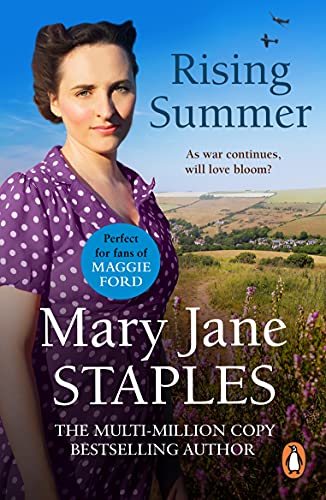 AS WAR CONTINUES, WILL LOVE BLOOM?

Tim Parkes was three when his parents were killed in a train crash and he went to live with his Aunt May. They managed splendidly – and then came the war.

When Tim enlists and is posted to Suffolk, he isn’t too pleased – Suffolk is Country, not like South London at all. But the City had followed him in the shape of evacuees, and those of them that weren’t creating havoc in the Suffolk village were creating havoc in Tim’s life.

Minnie Beavers – ex-Camberwell – was fifteen, pert, pretty, and wildly in love with Tim. She was determined to marry him the minute she was old enough. Tim was equally determined to escape and find another girl.

By the time Tim had gone away to fight and Minnie had joined the WAAF, a great many things had changed in both their lives…