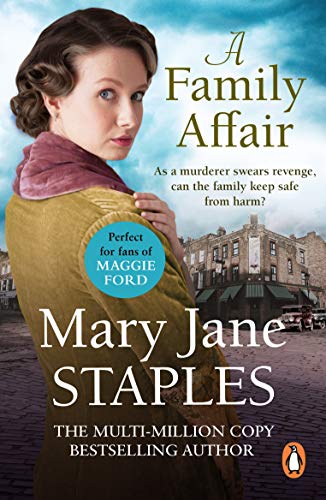 CAN THE FAMILY KEEP SAFE FROM HARM?

1926: A murderer is behind bars – thanks to Boots – but he is now plotting revenge on the entire Adams clan from his cell.

When a dapper, quiet, but rather odd lodger turns up at Doreen Paterson’s house, nobody thinks anything is amiss. Certainly not Doreen – who works for Boots in Adams Enterprises and thinks him just wonderful…

Could the strange lodger be plotting the downfall of the irrepressible, outrageous, and larger-than-life Adams clan?