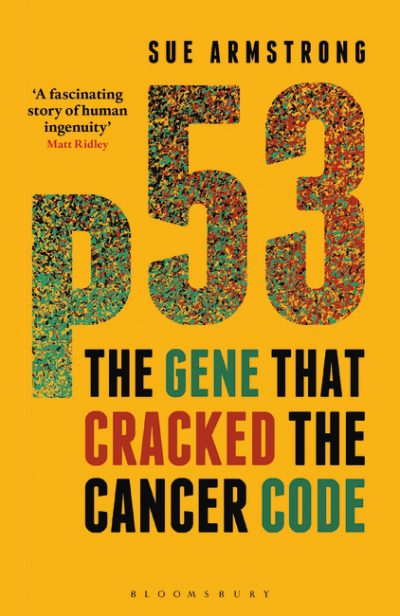 P53: The Gene That Cracked The Cancer Code

Since cancer was first identified and named by Hippocrates in Ancient Greece, mankind has struggled to understand the process which transforms the routine and life-giving monotony of cell division – which happens billions upon billions of times every day – into a destructive source of tumour-creation. There have been numerous mini-breakthroughs in the search for a cure to cancer, but by far the most important and far-reaching in its consequences is the discovery of the cancer gene – p53 – a humble protein with a molecular weight of 53,000. This is the story of the international race to identify, understand and tame this tiniest of proteins – the story of the cancer gene.

In this book Sue Armstrong tells the story of the discovery of p53 with all the drama, mystery and suspense of a crime novel. She takes us through the false starts, contradictory theories and tensions caused by competitive research teams on different sides of the globe making breakthroughs simultaneously. She populates the book with the key scientists associated with p53 and dramatises the role of the pharmaceutical companies as they breathe down the necks of scientists in lab coats in their impatience to transform pure science into drugs.

Today we find ourselves on the brink of utterly radical and groundbreaking new cancer treatments as a result of our understanding of the mechanism through which p53 controls cell division.  And the latest discovery holds the possibility that p53 is also at the heart of the ageing process. This is science we must understand – our very lives depend on it.

P53: The Gene That Cracked the Cancer Code was Highly Commended in the BMA British Medical Book Awards.

“Sue Armstrong tells a fascinating story of human ingenuity at its best. It is a triumphant account of fundamental scientific discoveries that solve deep mysteries about life and death in cells and genes, but along the way she gives us a very human narrative, full of serendipity, rivalry, obstinacy, coincidence, courage and determination”
Matt Ridley, author of GENOME