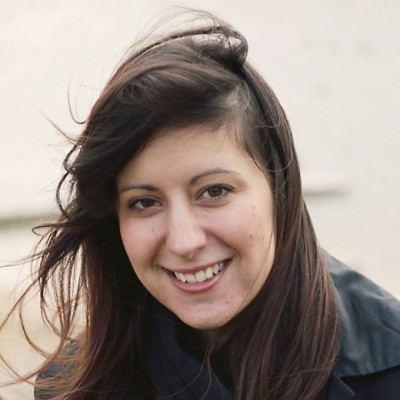 Whether writing or drawing them, Emma loves telling stories with pictures and believes that comics should be ‘For everyone, About anything, By anyone’. –> F.A.B

From writing and drawing comics to writing or illustrating for video games or novels, and from gritty realism to whimsical fantasy worlds, Emma’s work is always rooted firmly in character.

As a comic artist her credits include: Olivia Twist (Dark Horse), Alex Rider (Walker books), The Adventures of Supergirl (DC comics), Doctor Who (Titan comics), Jem & the holograms (IDW), the New York Times-bestselling Vampire Academy graphic novel series (PenguinRandomHouse), Back to the Future (IDW) and The Modern Frankenstein (MagmaComix). As a writer in comics, she is best known for the Life is Strange comic series from Titan comics and for BREAKS, which she also brings to the page in its entirety with art, colour and lettering.
Alongside comics, she worked on the A&E television series, Bates Motel, providing the sketchbook found by Norman Bates, and as an artist with tinyrebel on their Doctor Who Infinity games. She has taken on writing duties for character-driven video games, and provided illustration or comic insert pages for prose novels. As a fan of the stage, she’s also written for it; most recently an interactive Murder Mystery for the Meta Murder Mystery company.

Whatever the genre or medium, character and emotional resonance will always come first.