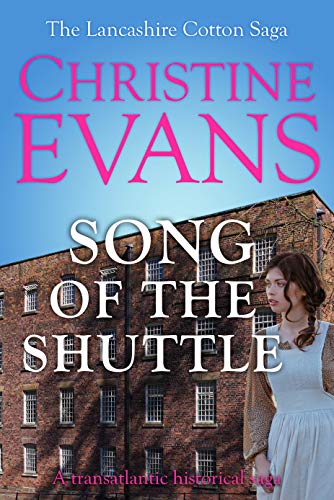 The Song of the Shuttle

A gripping saga, stretching from the industrial towns of England to the American Civil War! For fans of Nadine Dorries, Maeve Binchy, Freda Lightfoot and Dilly Court.

Two headstrong young women are fighting for their independence…

Jessie Davenport, a young mill worker, and Honora Darwen, an orphan determined to follow in her father’s medical footsteps, strike up a friendship in the busy industrial town of Gorbydale.

With whispers of war on the horizon and discontent spreading in the Invincible Mill where Jessie works, the lives of the young people in Gorbydale are changed forever. With her mother unwell and her brother sent overseas to serve in the American Civil War, Jessie has to fight for the survival of her family.

Honora, meanwhile, struggles to break free from her subservient position in her uncle’s grand house.

Could a voyage to the New World give the two women the freedom they crave? Will peace come to the turbulent town of Gorbydale? And could love be on the horizon for Jessie and Honora…?

SONG OF THE SHUTTLE is the first book in The Lancashire Cotton Saga: a thrilling historical romance novel, spanning two continents, with strong-willed heroines at its heart.