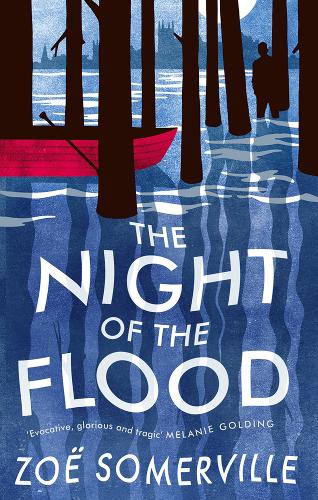 The Night of the Flood

An atmospheric literary thriller set during the devastating North Sea flood of 1953, in which a love triangle turns murderous.

Her heart beat hard. There was a crazed beauty to the storm. It was almost miraculous, the way it took away the mess of life, sweeping all in its path…

No-one could have foreseen the changes the summer of 1952 would bring. Cramming for her final exams on her family’s farm on the Norfolk coast, Verity Frost feels trapped between past and present: the devotion of her childhood friend Arthur, just returned from National Service, and her strange new desire to escape.

When Verity meets Jack, a charismatic American pilot, he seems to offer the glamour and adventure she so craves, and Arthur becomes determined to uncover the dirt beneath his rival’s glossy sheen.

As summer turns to winter, a devastating storm hits the coast, flooding the land and altering everything in its path. In this new, watery landscape, Verity’s tangled web of secrets, lies and passion will bring about a crime that will change all their lives forever.

“Evocative, glorious and tragic all at once ... The writing is superb.”
Melanie Golding, author of Little Darlings
“The Night of the Flood shows lives and landscapes suspended between past and future, life and death – and shows what happens when this fine, terrifying balance fails. A taut, impressive debut.”
Neil Hegarty, author of Inch Levels.
“Simmering secrets, forbidden desires and the long shadows cast by a passionate crime combine in this atmospheric and haunting debut. Norfolk is beautifully conjured and the tension rises as surely as the tide'.”
Emma Stonex, author of The Lamplighters
“A vivid portrait of Britain in the early '50s and a compelling story about love and friendship, secrets and betrayal.”
Anna-Marie Crowhurst, author of The Illumination of Ursula Flight

Other books by Zoe Somerville