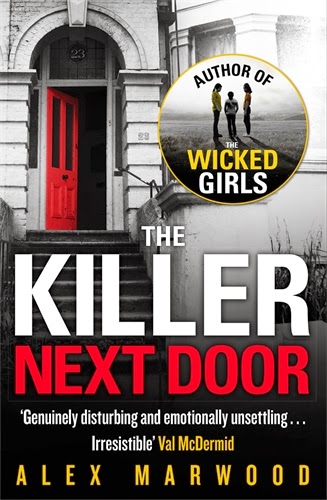 The Killer Next Door

No. 23 has a secret. In this gloomy, bedsit-riddled South London wreck, lorded over by a lecherous landlord, a horrifying collection quietly waits to be discovered. Yet all six residents have something to hide. Collette is on the run from her ex-boss; Cher is an underage children’s home escapee; lonely Dougal tries to make friends with his neighbours; while a gorgeous Iranian asylum seeker and a ‘quiet man’ nobody sees try to keep themselves hidden. And there for them all is Vesta, a woman who knows everything that goes on in the house – or thought she did. Then in the dead of night, a terrible accident pushes the six into an uneasy alliance. But one of them is a killer, expertly hiding their pastime, all the while closing in on their next victim…As a cloying heatwave suffocates the city, events build to an electrifying climax in this brilliantly constructed, tightly paced thriller.

“'If you read Alex Marwood's THE WICKED GIRLS, her new one - THE KILLER NEXT DOOR - is even better. Scary as hell. Great characters.'”
Stephen King

Other books by Alex Marwood