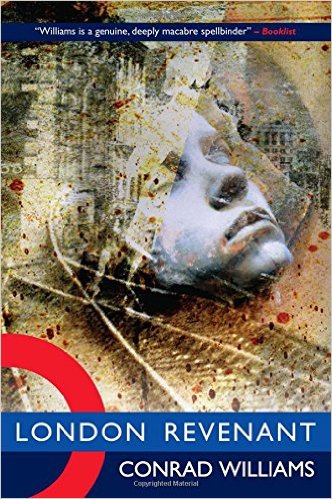 Narcoleptic Adam Buckley is sleeping through his life. He sees people at parties he doesn’t remember meeting, but who know him. Deep in London’s sprawling Underground, he sees shadows figures beckoning him into tunnels not on any map. As Adam tries to find the secret to his own memories beneath the city, he realizes he is not alone. A madman has taken to pushing people onto the tracks, and it may be someone Adam knows. If only he can remember, before it is too late… Suggestions of half remembered life, and the encroaching threat of violence begins to engulf him, and everyone he knows.

Other books by Conrad Williams