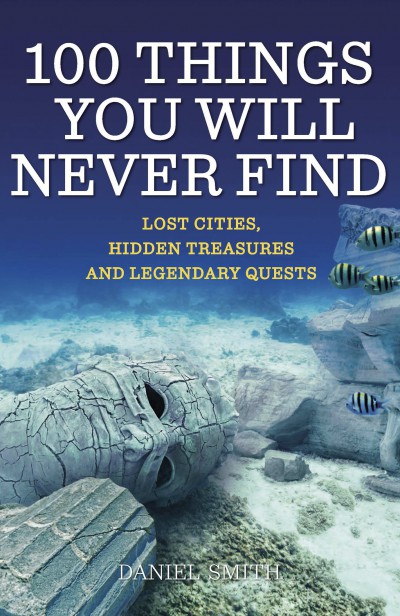 What happened to Amelia Earhart’s aeroplane, Van Gogh’s painting of Dr Gachet and the crew of theMary Celeste? This fascinating book unlocks the world’s lost property cupboard and sifts through buried treasure, mysterious disappearances and unknown locations, examining the evidence – and the conspiracy theories – surrounding the world’s most legendary lost objects. Who erased the Nixon tapes? Did Captain Kidd really bury his treasure on Rhode Island? Is Lord Lucan still alive?

Ranging from a single gemstone (the Great Mogul Diamond) to hoards of jewels (treasure of the Knights Templar), and from a single man (Australian prime minister Harold Holt) to swathes of people (the Lost Army of Cambyses), via Shergar the stolen horse, the top secret recipe for KFC, the fifth spy in the ‘Cambridge Five’, the much-coveted Holy Grail and the sunken Tybee Island Bomb, Dan Smith shines a torch into the darkest theories and examines the hidden truth.

A fascinating catalogue of lost things, 100 Things You Will Never Find will take you on a unique quest around the globe and across the centuries, searching for the legendary items that have inspired generations of explorers, scientists and storytellers alike.

Other books by Daniel Smith