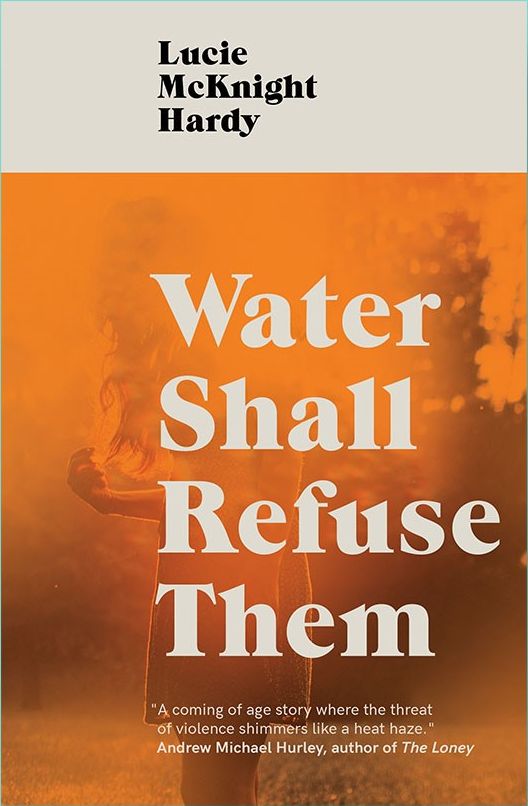 Water Shall Refuse Them

The heatwave of 1976. Following the accidental drowning of her sister, sixteen-year-old Nif and her family move to a small village on the Welsh borders to escape their grief. But rural seclusion doesnt bring any relief. As her family unravels, Nif begins to put together her own form of witchcraft collecting talismans from the sun-starved land. That is, until she meets Mally, a teen boy who takes a keen interest in her, and has his own secret rites to divulge.  Reminiscent of the suspense of Shirley Jackson and soaked in the folkhorror of English heritage, WATER SHALL REFUSE THEM is an atmospheric coming-of-age novel and a thrilling debut.

“Hardy skilfully captures the mood of the 70s, the hostility of an entrenched community and the power of superstitious belief. Expertly juxtaposing folk horror and everyday reality, this impressive
debut conveys an atmosphere of imminent menace.”
Guardian
“A coming of age story where the threat of violence shimmers like a heat haze.”
Andrew Michael Hurley, author of THE LONEY
“A beauty: wonderfully strange and then so chilling, it gave me tingles.”
Alison Moore
“McKnight Hardy’s prose is sinisterly slow and macabre...a remarkable talent.”
Northern Soul
“WATER SHALL REFUSE THEM is a slow burning masterclass... The sheer writing brilliance on show by McKnight Hardy is stunningly crisp, refreshing and allows the novel to unnerve the reader in its own special and haunting way.”
Storgy Magazine

Other books by Lucie McKnight Hardy