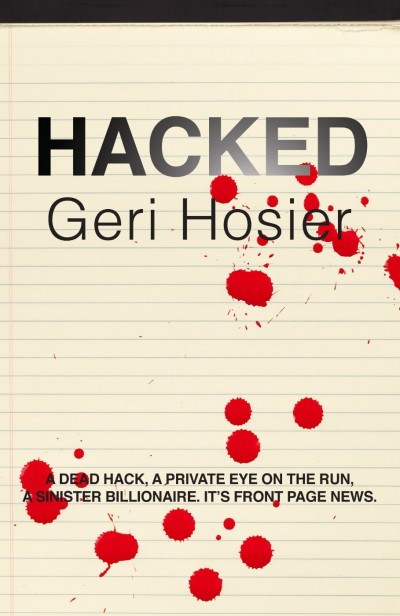 A dead hack, a private eye on the run, a sinister billionaire. It’s front page news.

Liv Paxton, whipcrack smart chief of London’s biggest murder squad, is hunting the men who slaughtered the reporter at the very heart of the celebrity hacking scandal. As the killers claim another victim, Liv discovers the reporter had been tortured by professional interrogators before he died. What secret story was so dangerous that it cost him his life?

Liv quickly finds herself of up against powerful and implacable enemies – on both sides of the law. Enlisting the help of her best friend, newspaper boss Louise Brigthouse, Liv enters the world of a mysterious Tartar oligarch and crosses swords with a psychotic underworld kingpin who vows vengeance on her. Her own life is on the line as she peels back layers of deceit and treachery to unveil the most terrifying criminal conspiracy London has ever seen.

HACKED is the first in the series of Liv Paxton crime novels.

“Written by a Fleet Street insider, this is a fast and furious romp brimming with acerbic wit and a dash of romance”
Deirdre O'Brien, Sunday Mirror