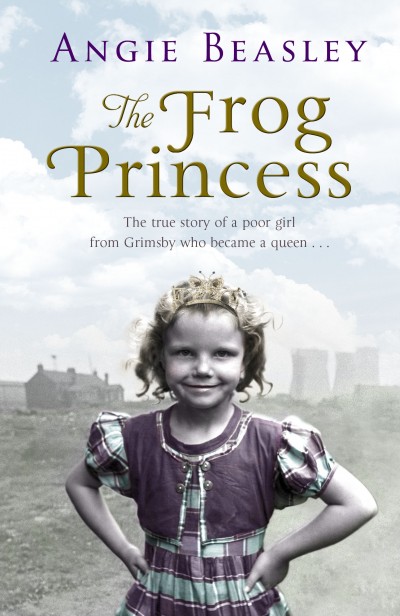 THE FROG PRINCESS is the story of Angie Beasley’s transformation from ugly duckling to beauty queen.

With few jobs around, bland food and cold weather, the best that Angie could hope for was a job at the local Findus factory.

Her family didn’t have it easy. Her baby brother was a cot death and the tragedy caused her mother to turn to the Jehovah’s Witness faith. Their poverty, now combined with an austere belief system, meant no Christmas, no birthdays and little joy.

But aged 16, Angie decided that she was destined for bigger things. After seeing a TV advertisement she entered a beauty pageant. And won. She went on to take 25 titles, including Miss Leeds, and her home town title Miss Cleethorpes, giving her the opportunity to model while travelling the world.

Just as Angie felt that life couldn’t get any better, she got engaged to a man who trapped her in a terrifying cycle of domestic violence. When she eventually escaped him, she had lost all of her money and self-esteem. She was on the bottom rung of the ladder yet again. But Angie picked herself up, turned her talents to event management and grafted her way to becoming Director of Miss England.