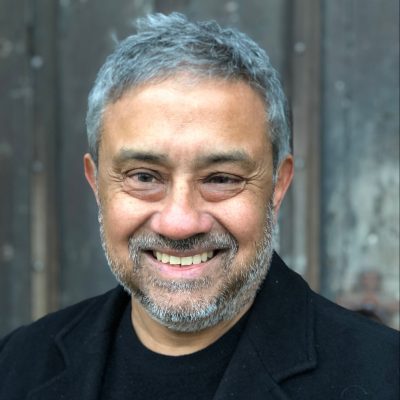 Harvill Secker has signed a two book deal with Ajay Chowdhury, the winner of the Bloody Scotland debut prize for The Waiter.

Publisher Katie Ellis-Brown acquired world all language rights  from Laetitia Rutherford at Watson, Little. Television rights have been optioned by BBC Studios in a deal brokered by Rutherford with the adaptations already in development. The next book in the Detective Kamil Rahman series, The Cook, will be published on 5th May 2022 with The Detective following in 2023.

“It’s been so exciting to see the enthusiastic receptions to Ajay’s debut The Waiter and his sleuthing duo Kamil and Anjoli,” Rutherford said. “We’re all thrilled and proud to see the series grow.”

The Cook once again follows the former Kolkata detective-turned-chef as he investigates new murders around London’s Brick Lane.

Ellis-Brown said: “I am delighted to be publishing the next two titles in this fantastic series. The brilliant, hapless Kamil Rahman and funny, no-nonsense Anjoli (with her collection of slogan T-shirts) are an iconic detective duo that have already stolen the hearts of readers.”

Chowdhury added: “After I won the Harvill Secker/Bloody Scotland debut prize for The Waiter I never dreamed it would make it into a series and am beyond thrilled that Harvill Secker have decided to publish two more books following the further adventures of Kamil and Anjoli. It has been a joy to work with Harvill’s wonderful team for the last two years and I really look forward to continuing to build on our strong foundations.”