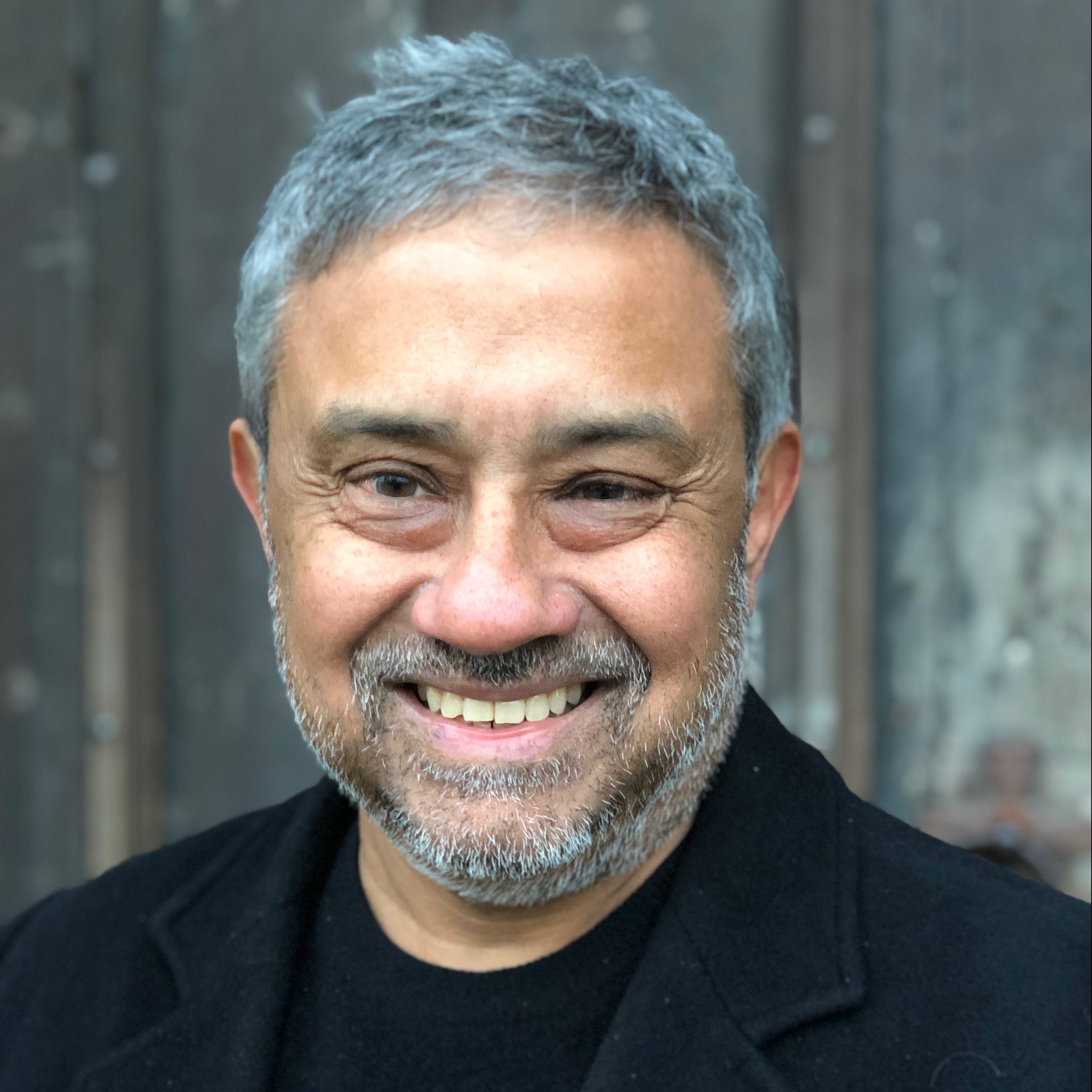 Ajay Chowdhury is the author of THE WAITER, a detective novel set in London and Kolkata, to be published by Harvill Secker in Spring 2021. He is the recipient of the BAME HarvillSecker Crime Writing Prize in association with Bloody Scotland.

Ajay was born and brought up in Calcutta and Bombay. After studying in the States, Ajay moved to London in 1986 where over the years he settled, married, had two daughters, divorced, re-married and acquired a step-daughter.

Ajay’s work background is in tech where he’s been involved in several high-profile companies (co-founded Shazam). All the while trying to make time for his true passion – the arts. Ajay has directed severals plays and last year wrote a children’s book ‘Ayesha and the Firefish’ inspired by stories he used to tell his daughters which was published by Penguin in India.

Ajay is the Artistic Director of the Rented Space Theatre Company that he founded in London in 1986. He’s directed several plays on the Fringe in London, the last of which was ‘The Merchant of Vembley’ – a retelling of the Merchant of Venice set amongst the Hindu and Muslim population in Wembley. The lead character went on to be nominated for an Off West End Best Actor award. Ajay has also served on various government bodies including the Arts Council and Historic Royal Palaces.