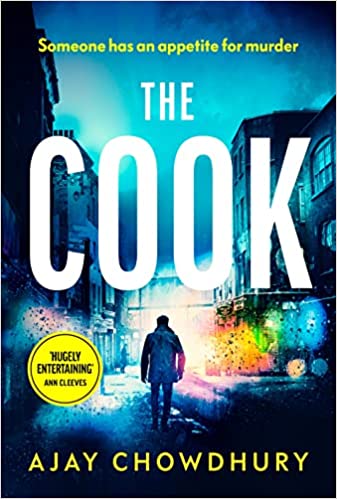 From the award-winning author of The Waiter comes the second page-turning mystery starring detective-turned-cook Kamil Rahman. For readers of Anthony Horowitz, Robert Galbraith and Elly Griffiths.

Kamil Rahman is a cook in a Brick Lane restaurant. But he used to be a detective back in Kolkata.
And somehow trouble still knows how to find him.

When a young woman Kamil knows is murdered the police are convinced her boyfriend is the culprit. Kamil isn’t so sure and feels he has no choice but to start his own investigation. Meanwhile, his friend and restaurant manager, Anjoli, is troubled by a rise in the number of homeless deaths in their local area.

Initially the cases seem unrelated, but as the duo dig deeper, they discover connections that stretch from London to Lahore.

Together they take on the indifference of the authorities to the homeless and the casual racism that pervades the investigation of killings of Muslims – all while trying to stop a supremely intelligent murderer who always seems to be several steps ahead of them.

Other books by Ajay Chowdhury