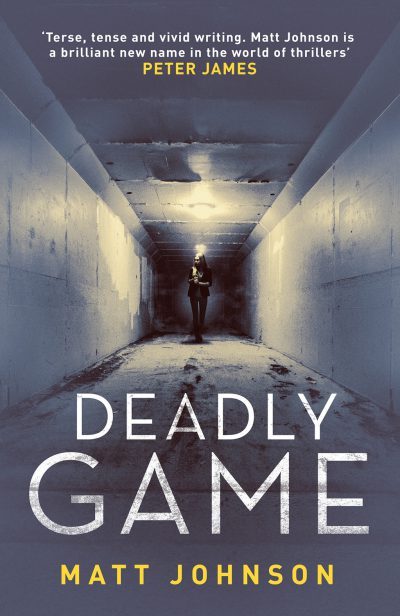 Reeling from the attempts on his life and that of his family, Police Inspector Robert Finlay returns to work to discover that any hope of a peaceful existence has been dashed. Assigned to investigate the Eastern European sex-slave industry just as a key witness is murdered, Finlay, along with his new partner Nina Brasov, finds himself facing a ruthless criminal gang, determined to keep control of the traffic of people into the UK. On the home front, Finlay’s efforts to protect his wife and child may have been in vain, as an MI5 protection officer uncovers a covert secret service operation that threatens them all… Picking up where the bestselling Wicked Game left off, Deadly Game sees Matt Johnson’s damaged hero fighting on two fronts. Aided by new allies, he must not only protect his family but save a colleague from an unseen enemy … and a shocking fate.

Other books by Matt Johnson