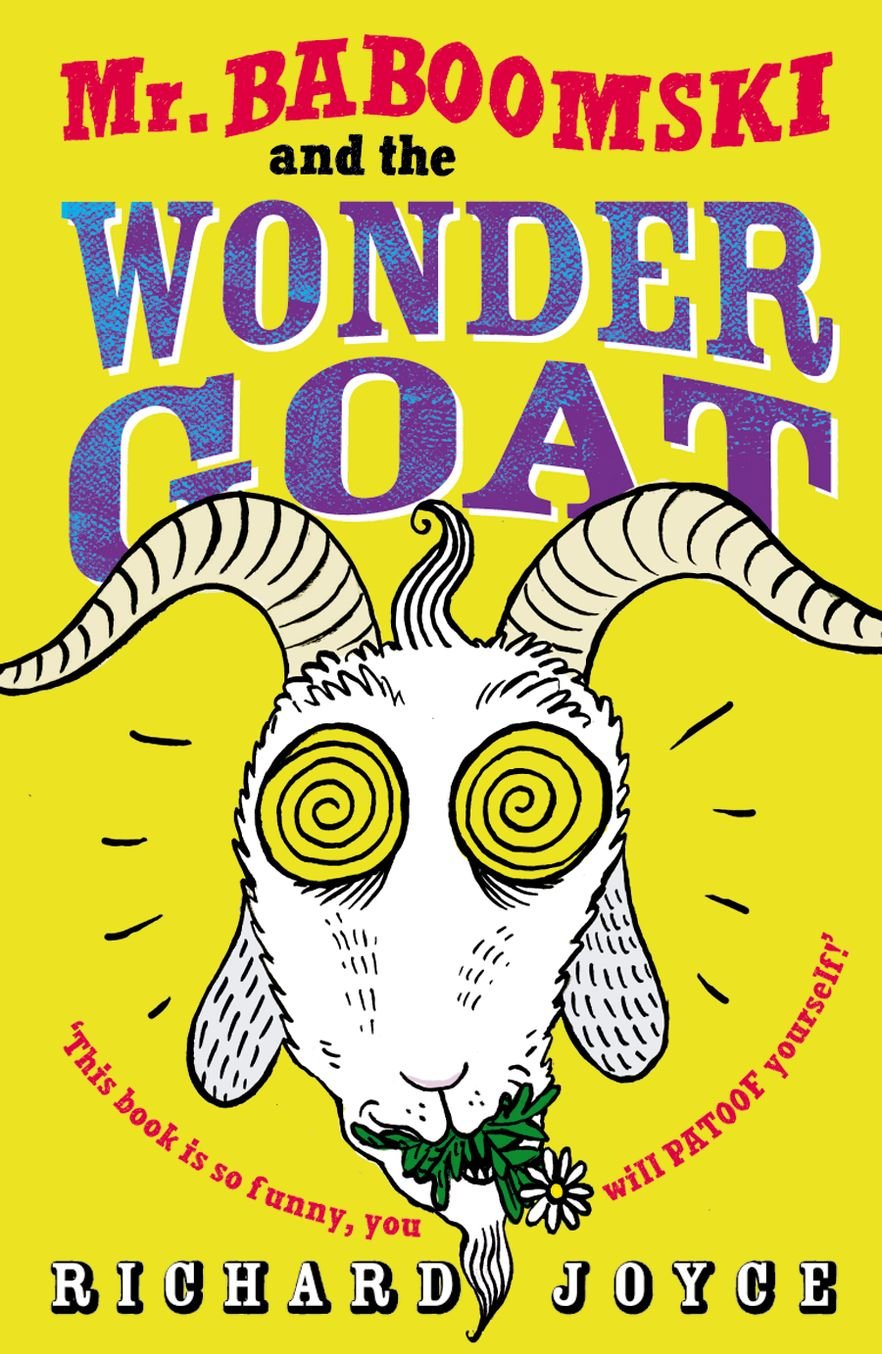 Mr Baboomski and the Wonder Goat

Tom’s life takes a turn for the worse when his Dad ups sticks and moves them to Trefuggle Bay. But things get interesting when he meets two unusual new friends. Parked in an old caravan at the end of a cliff, live two legends of the Escorvian circus. The amazing Berto Baboomski and his performing goat Zoltan. Berto may be a crazy-looking nutcake with a bonkers moustache, but he’s full of circus wisdom – which he passes onto Tom, along with a few tricks. Soon Tom’s new found circus skills are put to the test as he, Berto, and Zoltan put on a show-stopping performance in order to save the town from some truly fishy goings on. As Berto would say ‘This skaboonky story will have you cheerzing like a nutcracker!’