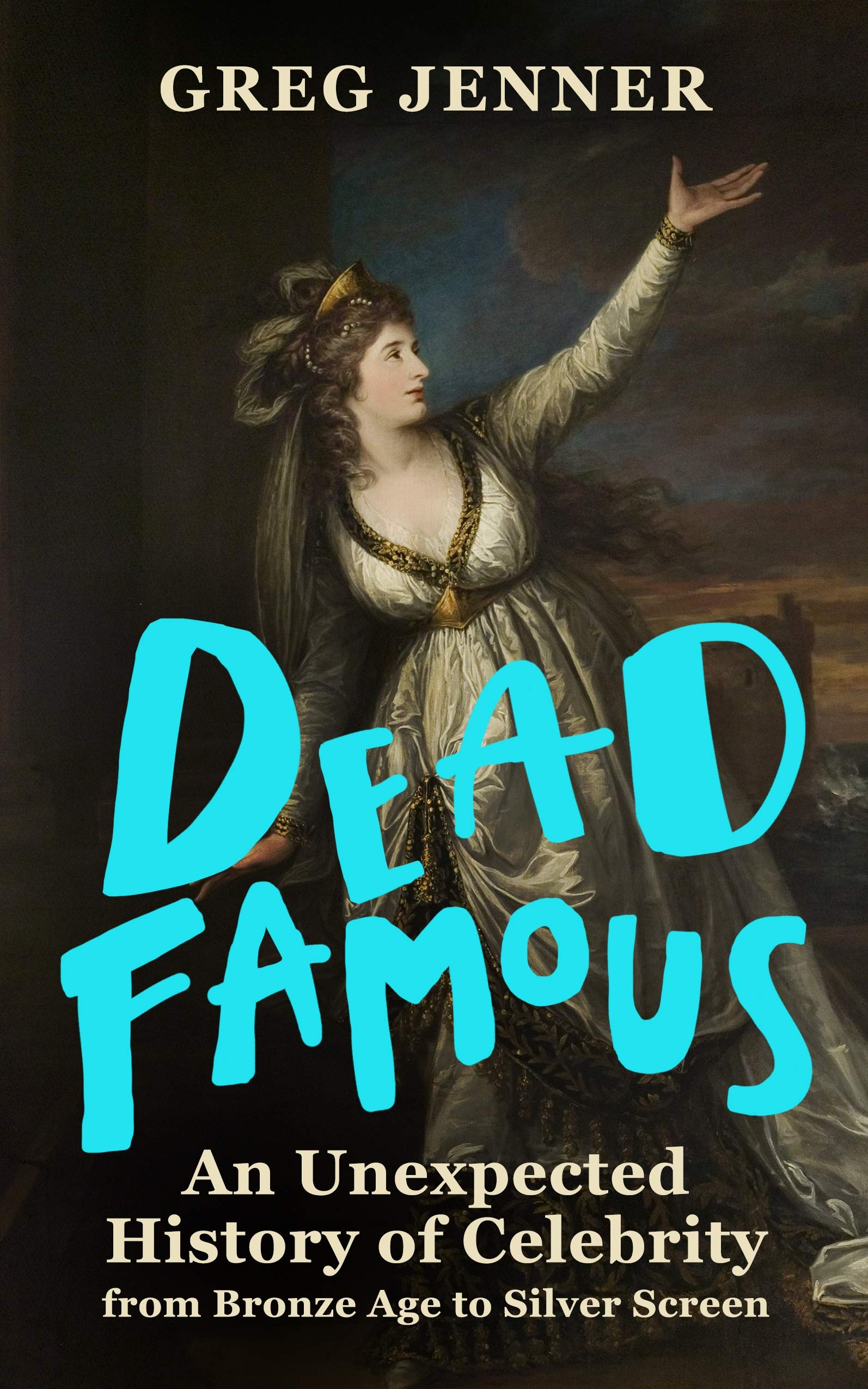 Dead Famous: An Unexpected History of Celebrity from Bronze Age to Silver Screen

Celebrity, with its neon glow and selfie pout, strikes us as hypermodern. But the famous and infamous have been thrilling, titillating, and outraging us for much longer than we might realise. We’ve long loved to gossip and obsess about people we’ve never met. Whether it was the scandalous Lord Byron, whose poetry sent female fans into an erotic frenzy; or the cheetah-owning, coffin-sleeping, one-legged French actress Sarah Bernhardt, who launched a violent feud with her former best-friend; or Edmund Kean, the dazzling Shakespearean actor whose monstrous ego and terrible alcoholism saw him nearly murdered by his own audience – the list of stars whose careers burned bright before the Age of Television is extensive and thrillingly varied.

In this ambitious history, that spans the Bronze Age to the coming of Hollywood’s Golden Age, Greg Jenner assembles a vibrant cast of over 125 actors, singers, dancers, sportspeople, freaks, demigods, ruffians, and more, in search of celebrity’s historical roots. He reveals why celebrity burst into life in the early eighteenth century, how it differs to ancient ideas of fame, the techniques through which it was acquired, how it was maintained, the effect it had on public tastes, and the psychological burden stardom could place on those in the glaring limelight. DEAD FAMOUS is a surprising, funny, and fascinating exploration of both a bygone age and how we came to inhabit our modern, fame-obsessed society.

“A fascinating, rollicking book in search of why, where and how fame strikes.”
Peter Frankopan, author of The Silk Roads
“A magical mystery tour through the history of celebrity.,eye opening, provocative, triumphant. Greg Jenner is a suave and generous guide to the glittering, glamorous, often deadly world of celebrity. Dead Famous takes you deep into fabulous lives, tells all about price you pay for fame and explores why the world in which we live needs to make a few shining people into icons who thrill us, obsess us and then, finally, we want to tear apart. ”
Professor Kate Williams
“It helps that Jenner is equal parts wide-eyed historical buff and sassy polemicist. Like some frisky, over-caffeinated lovechild of Dan Snow and Marina Hyde, he can’t help but entertain you, even as he’s pouring facts down your throat. ”
Fara Dabhoiwala, The Guardian

Other books by Greg Jenner